With a new year in front of us, BPD is excited to see what projects await. It is also good to reflect on past projects; to appreciate things we have accomplished, to learn from those experiences, and to inspire us for the future. One such design effort from 2016 is the Kelly English Iris Garden at Le Bonheur Children’s Hospital. What a privilege it was to be part of such a special project.

BPD worked with many great people at Le Bonheur including Meri Armour, Linda Hill, Rick Kanschat, Matt Feehan, Michelle Connors, Jennilyn Utkov, Sara Burnett and many others. Paul Bruns of Good Winds Landscape worked on this plan as well as installed the honorary garden for Chef Kelly English. Kelly English is the Executive Chef and Owner of two well-known restaurants in Memphis, Restaurant Iris and The Second Line. Le Bonheur along with the Le Bonheur Club, hosts of the Le Bon Appétit event, wanted to show their gratitude in a special way for Chef English’s continued generous efforts with the event, Le Bon Appétit. The Iris Garden is that display of gratitude. 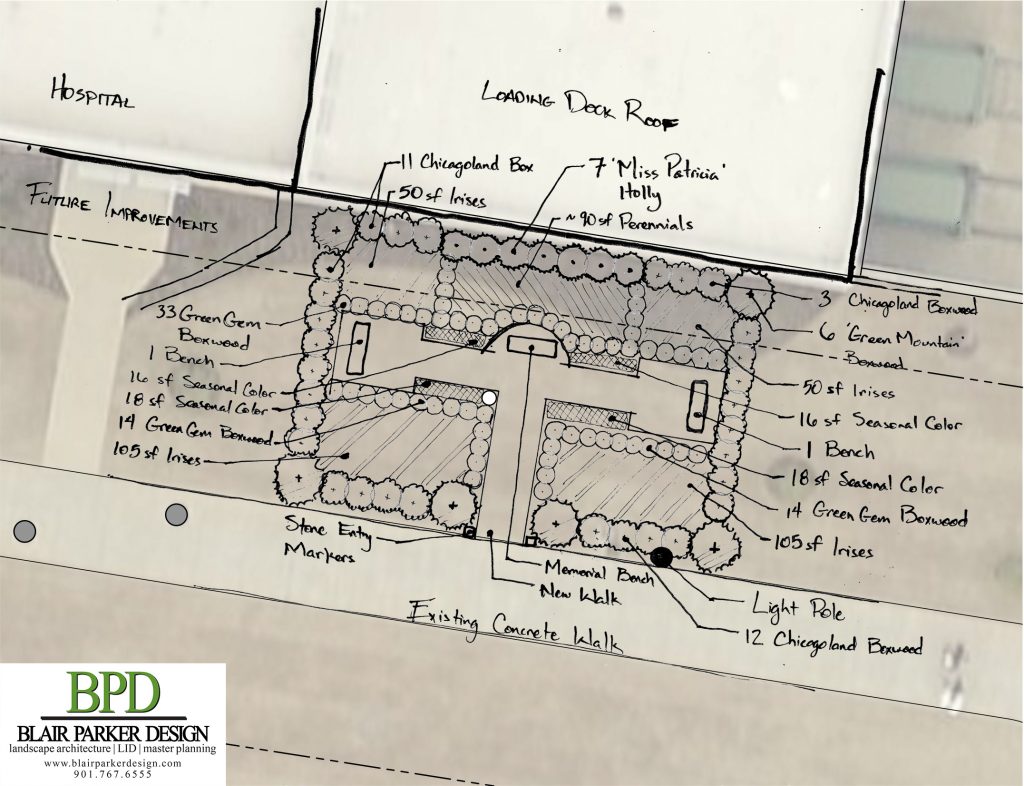 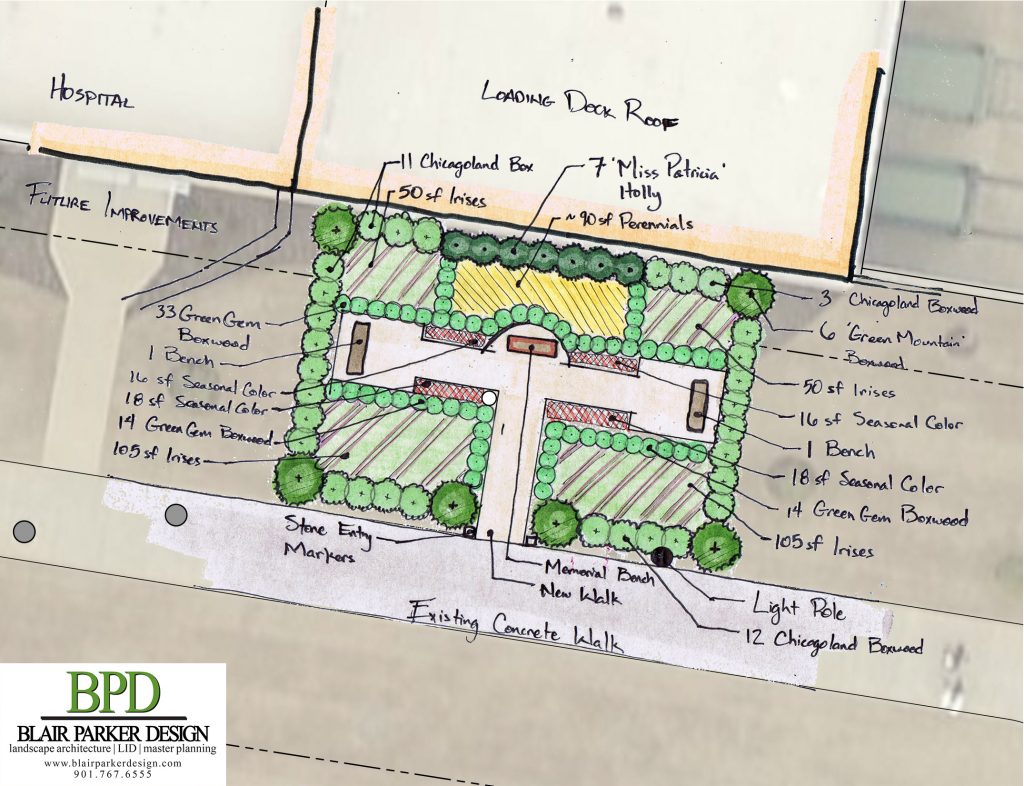 BPD considered many design options and influences for the garden. After reviewing these with the Le Bonheur Team, we all agreed that a formal parterre design was the best option. This formal design is a common element in French villas and gardens. That style also reflects the French-Creole influence in Chef English’s culinary expertise and restaurants. The garden provides a quiet place for visitors, patients, families, and employees to sit and reflect while enjoying the lush green shrubs and brilliant irises. The photographs below show a time-lapse of the garden as it was being installed by the crews of Good Winds Landscape. 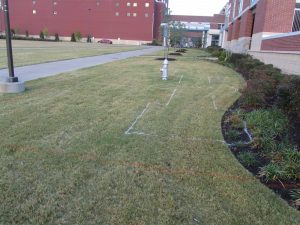 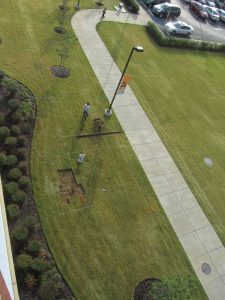 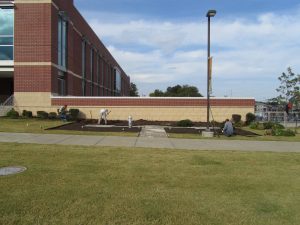 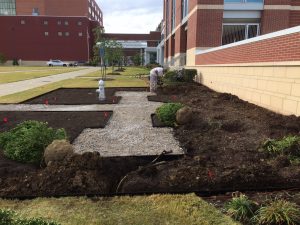 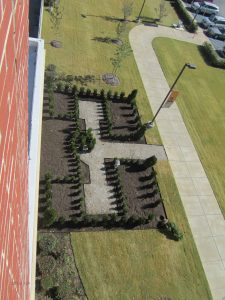 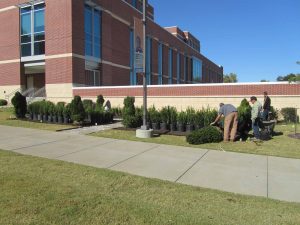 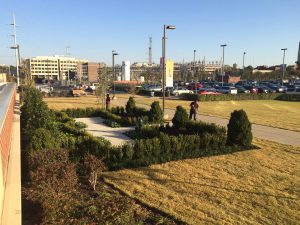 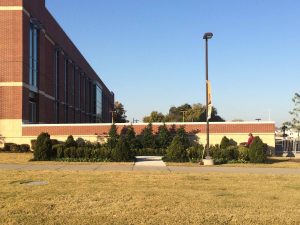 We, along with everyone involved, are excited for warmer weather to arrive, and to be blown away by the colorful irises in bloom. We believe this is a great addition to the Le Bonheur Children’s Hospital grounds, and will be enjoyed by all who visit the Kelly English Iris Garden. 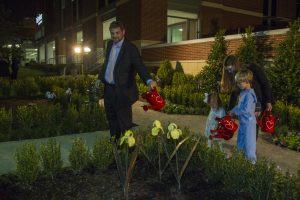 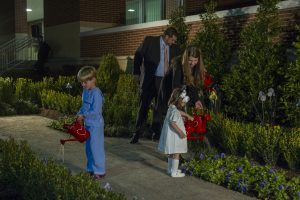 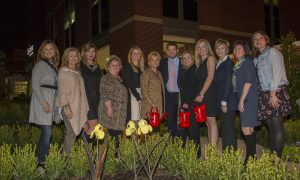 Members of the Le Bonheur Club with Kelly English.